Back to back for fabulous Fabulohn 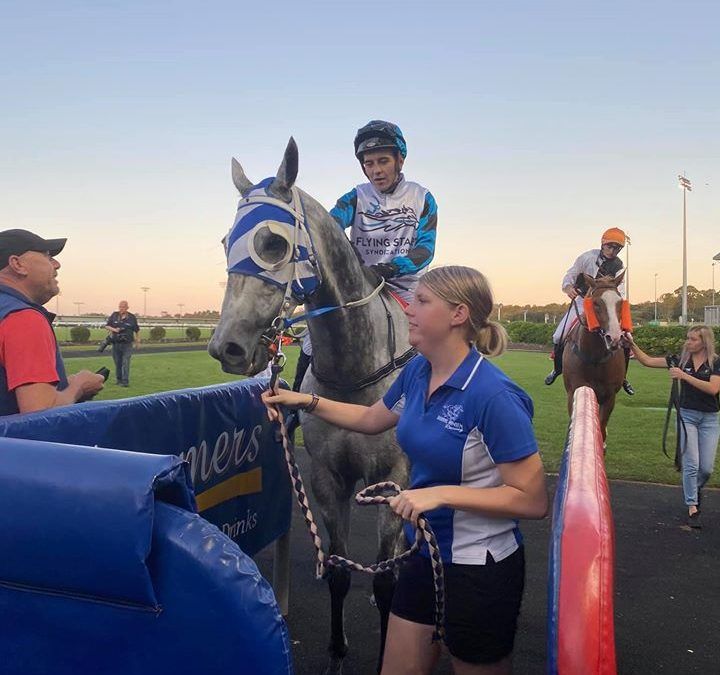 Fabulonh made it back to back victories at the Sunshine Coast, with a comfortable victory in the BM78 (1400m).

The handsome 7yo grey gelding has seen some stables changes over the years but the surroundings of the Sunshine Coast and the Team at Darryl Hansen racing, obviously have invigorated the son of Lonhro – with his record of two wins from three starts during this narrow window for the stable. He was taken to town after these victories and although he was weak late he clearly hadn’t backed up a second time and has been freshened.

He showed his true potential in the second of the two Sunshine Coast wins. With a small field of six contesting the race, Fabulonh was given plenty of time in the early stages to find his rhythm, settling last as the field quickly got themselves into order.

With the small field bunching round the home turn, Fabulonh found himself behind a line of four runners and have to check off heels in the early part of the home straight, to get to the outside and clear room.

With 200 to run, Fabulonh still had his five competitors to run past but under the urgings of Luke Tarrant, he quickly started to reel them in.

Hitting the front full of running inside the last 100m, Fabulonh was extending his lead as he cross the line, where the judged declared the official margin of 1 and a quarter lengths.

He will be back again soon  enough.